We’ve been working on a coffee porter that Josh E has decided to put a “Breakfast” twist on. 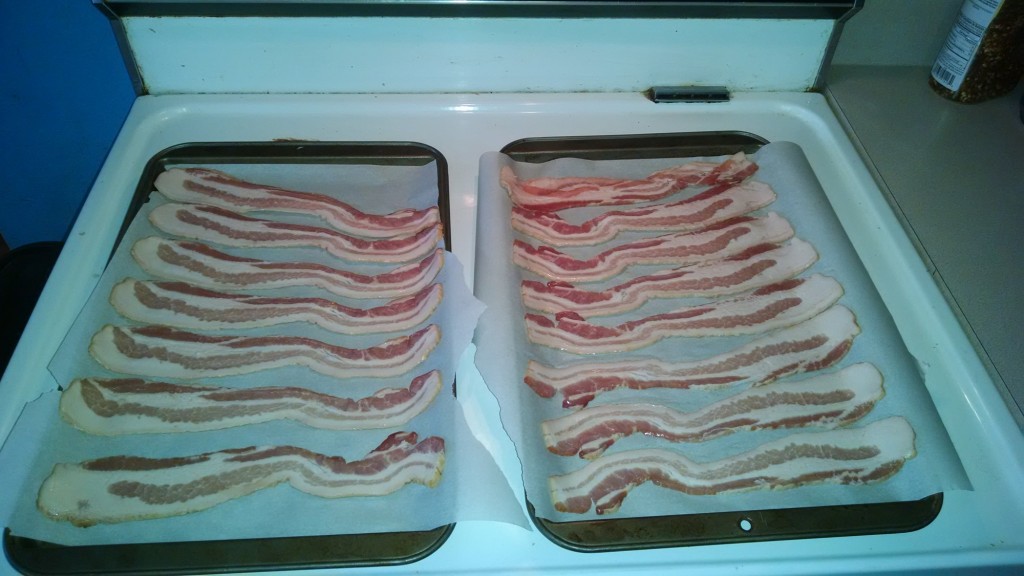 Josh told me he wanted this beer to remind him of breakfast.  His idea of breakfast is Coffee with French vanilla creamer and (of course) bacon.  So, we scrapped open a couple of real vanilla beans, and had them soak in some Bourbon for the past week.  Along with that, I’ll be baking some bacon in the oven and removing as much of the bacon grease as I can.

We crumbled the bacon, put it in a straining bag and put the vanilla beans in a separate bag.  Added both these to the coffee porter in the secondary.  If all goes well, we’ll have the bacon, vanilla, & bourbon flavor added to this Breakfast Porter.